After years of having an inspiration block. I finally decided what game I want to create.

Now I've changed jobs since my last post and am now a Unity developer, so my next game is going to be a Unity game. It will be a local multiplayer partygame for PC's using controllers. I'm getting inspiration heavily from Fusion Frenzy on the Xbox classic and old atari and c64 games.

I'm making it for myself and my friends. No plans on going public or stuff like that :)

The first minigame is an Atari 2600 inspired Combat game, and specifically the funnest level we always played.. level 7 (bouncing bullets) but this time with 4 players. 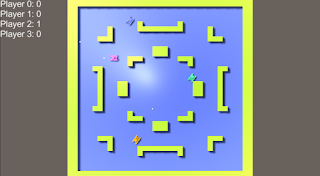 The second game, I just started working on this evening is a reaction game where you need to jump over or duck under obstacles. 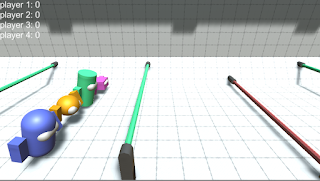